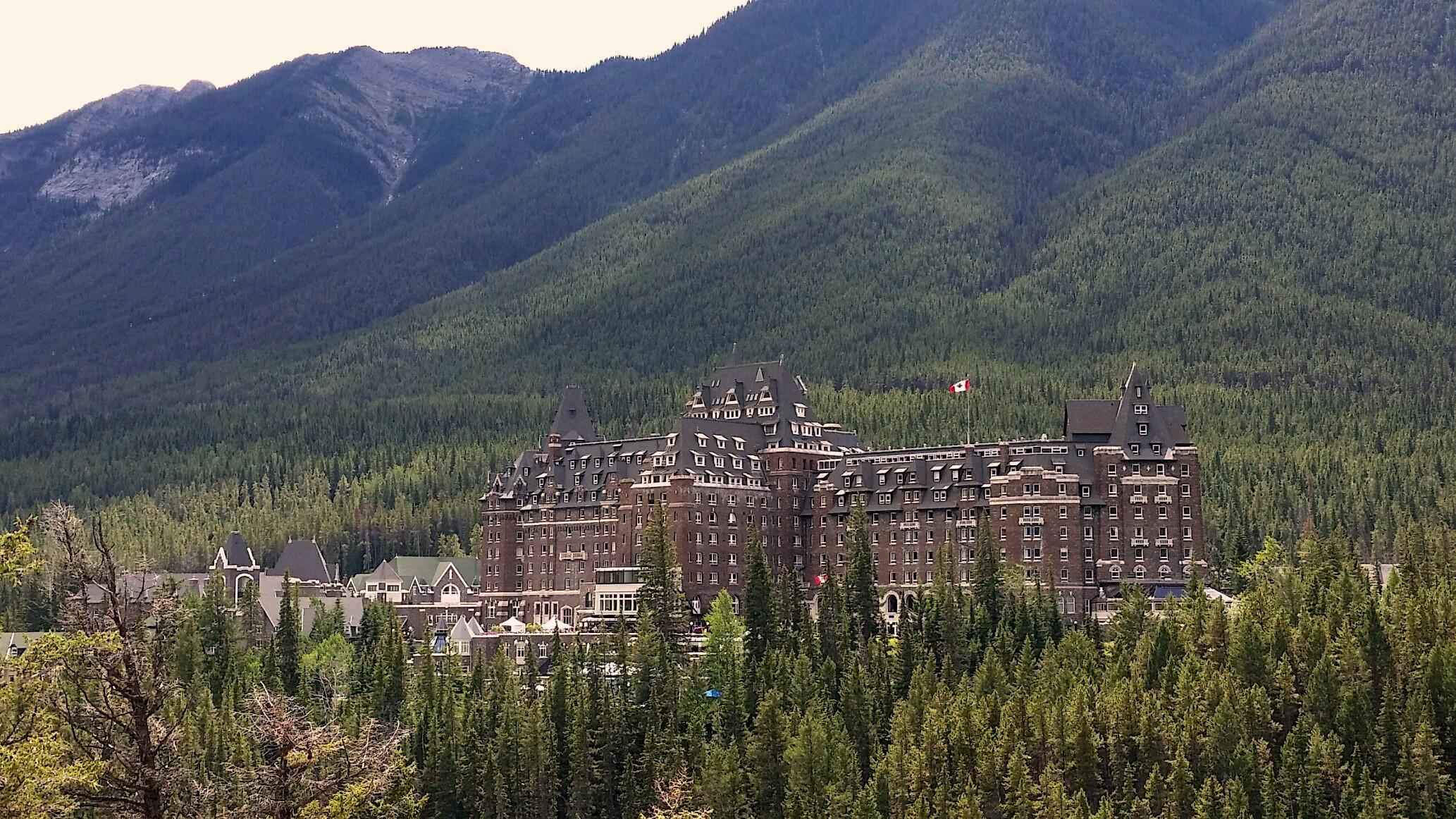 Last summer my family and I decided to take our vacation to Canada to visit several resort towns in southern British Columbia and Alberta. We usually travel back to my hometown of Old Forge in the Adirondacks, where my family rents a charming old "mini" Adirondack Great Camp on the lake at Morrow Point. Old Forge is so similar to Sandpoint that we thought it would be nice to do something different and see some new places. We had a new V.W. Eurovan that we were anxious to try on a long road trip, so Canada it was!

The first town we visited was Kimberley, which is not too far from Cranbrook in Southern B.C. Kimberley is supposedly the highest town in Canada, and we had heard they have an extensive network of mountain bike trails. The main attraction in Kimberley in the winter is the ski resort, which we were told is family friendly and gets lots of light dry snow. Kimberley turned out to be a Bavarian themed town that reminded me of Leavenworth in central Washington. It has a pedestrian mall, called the Platzl, which we visited at 5PM on a Saturday afternoon.

The Platzl is several square blocks of great old brick and timber buildings, charming shops and restaurants, and cobble paved streets. We expected it to be mobbed that time of day, but it was almost deserted. At our campsite that night we met a local realtor who explained that everyone was probably up at "the Lake" because it was so hot (at least by Canada standards). She also told us Kimberley was trying to rebrand itself and lose the Bavarian village image.

We wanted to check out Fernie, but decided to wait and go there in the winter when we could ski at Fernie Alpine Resort. Our next destination was Banff, via Kootenay National Park. The park has incredible scenery so we spent three days and nights and did some great hikes. I would recommend visiting it if you are anywhere near Banff.

Banff is a bustling resort town with European flair and a very diverse population. The compact downtown area has an interesting mix of traditional and modern Architecture, with a great town park along the Bow River. Probably the best know attraction in Banff, besides the great scenery and ski areas, is the Banff Springs Resort Hotel, an architectural wonder surrounded by mountains. Luxury at it's best! Maybe not the best example of the Mountain Architecture style.

We camped near Minnewanka Lake, a huge, beautiful lake just outside Banff with great trails, abundant wildlife, and very cold water. I took a mountain bike ride early one morning on the North side of the lake, and on a blind corner I almost hit a mountain goat with 2 babies. They were hurrying down to beg for some snickers bars on the highway, and didn't seem to mind me very much.

Our next stop was Lake Louise, probably one of the most photographed and popular places in Canada. Apparently it is popular with the Grizzly bears, too. The campsites for tent campers have a burly safety fence around them. The lake's reputation is well deserved. It is surrounded by stunning glaciated peaks and the water is a brilliant aquamarine color typical of lakes formed by glacial runoff. At the busy end of the lake (the end you don't have to walk to) is the Fairmont Lake Louise Chateau, a huge luxurious hotel that seems out of place in this alpine setting.

From Lake Louise we headed west, choosing to visit Revelstoke rather than Jasper, where I had been before. We knew Revelstoke has a new ski area and is in the process of developing a village to support it, and wanted to see what it was all about. From Lake Louise, we went over two mountain passes and through two more National Parks (Yoho & Glacier) on the way. The Rogers Pass area between Golden and Revelstoke has the most incredible scenery we encountered.

The peaks here are rugged and covered with glaciers, making this a playground for mountaineers and backcountry skiers. I vowed to return in the future better equipped to explore the more remote areas of this park. We camped near the pass and did some hikes here, but were intimidated by the signs reminding us that grizzly bears would be more than happy to eat us if we woke them up or tried to pet their children.

Revelstoke is a great town that reminded us of Sandpoint, except that they have a great municipal recreation center, and we only wish we had one. If you go there I would recommend visiting it. Oh yea, and their ski hill has an amazing 5600' vertical. The ski area seems to have a lot of potential and has some great terrain, but the village still has a ways to go before it is a thriving town center.

Heading south out of Revelstoke, we took a ferry across Arrowhead Lake and continued to the hamlet of New Denver on Slocan Lake.

This cute little mountain town was a great place to camp and enjoy the slow pace of the Slocan valley. Flanked on both sides by National Parks, the Slocan valley has a string of artsy, down to earth towns connected by a public bus system. It was amazing to see such an amenity in a rural area. A must visit here is the Cedar Creek Café in Winlaw.

Our plan was to head to Red Mountain in Rossland, B.C. for some mountain biking, but rain was in the forecast so we headed to Nelson, B.C. to walk around and shop in this funky, eclectic ski town. We had been here during the winter to ski at Whitewater, but were surprised to see how busy Nelson was in the summer.

The final hurrah for the trip was driving over Kootenay Pass, which connects Salmo and Creston in extreme southern B.C. It is the highest road in Canada and a popular ski touring area. We made it back to Sandpoint in time to watch the 4th of July fireworks that evening.