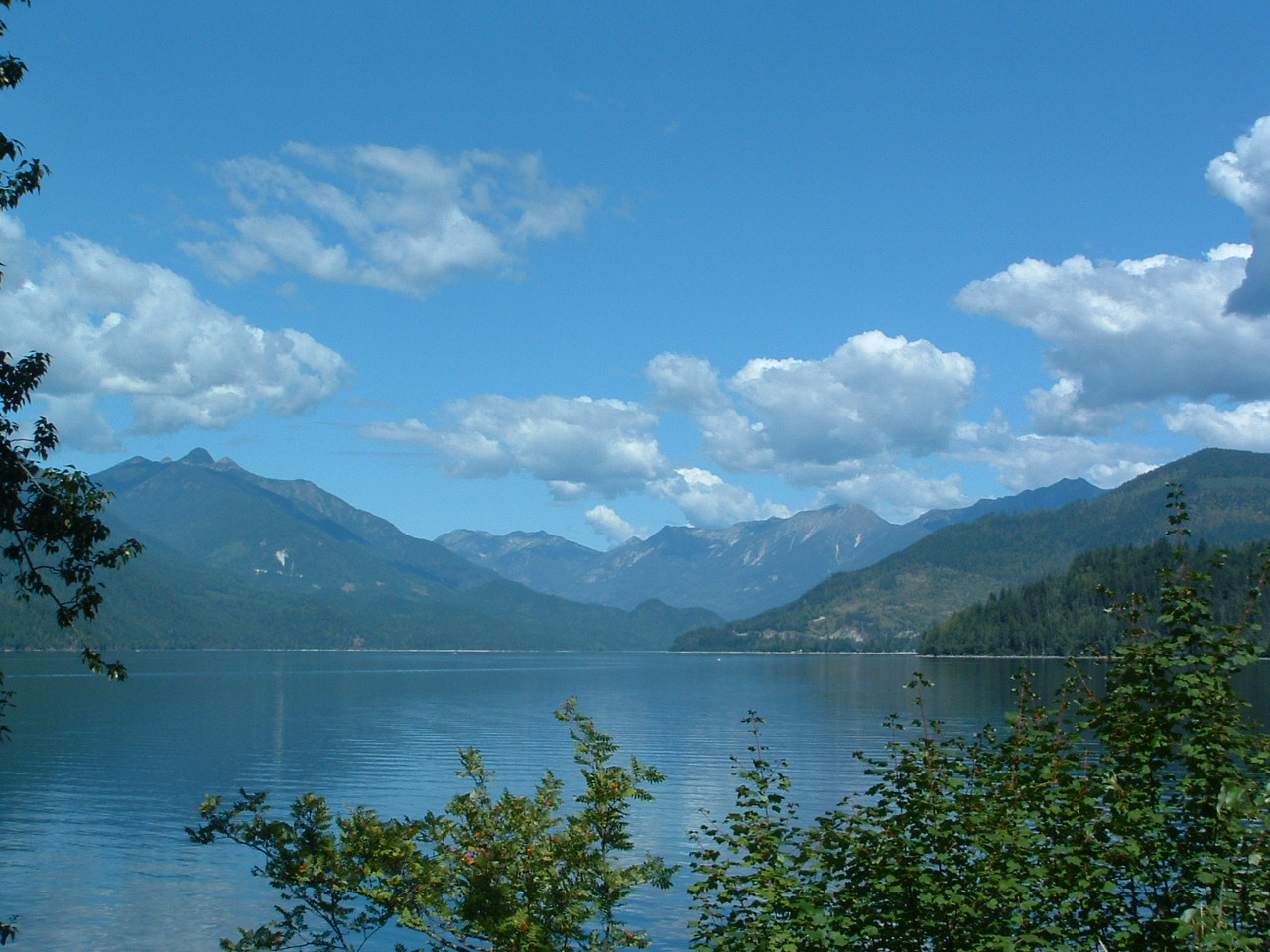 ne of my favorite things to do with the family is to take loop camping trips in the mountains. Living in the beautiful Northwestern U.S., and close to the Canadian border, there are endless routes to choose from. Last summer I could only get away for a few days, so we chose a modified version of the International Selkirk Loop from my hometown of Sandpoint, Idaho to Nelson, British Columbia. This is one of the more popular scenic loop trips in both Western Canada and the Western United States.

We set out on a Friday morning from Sandpoint. Sandpoint is about 45 miles south of the Canadian border, and was recently voted Most Beautiful town in the USA by USA Today. After being through the border from Seattle to Vancouver many times before, we found this border to be a breeze in terms of crowds. There were only about five vehicles heading into Canada, whereas there were about fifty entering the United States.

We had lunch in Creston, BC, and then headed up the eastern shore of Kootenay Lake to catch the ferry. Kootenay Lake is a very long and narrow fjord-like lake surrounded by the Purcell Mountains on the east and the Selkirk Mountains to the west. The beautiful, winding drive up the eastern shore to the ferry landing at Kootenay Bay is lined with roughly 40 miles (64 kilometers) of waterfront homes, resorts and parks. The toll-free ferry is a treat for the kids (and adults). Mountain fresh air, a glistening blue lake, and awesome views of the Purcell’s come with the 35 minute ferry ride.

Once we landed in Balfour, we headed north along the west side of the lake to look at campgrounds, with the idea of staying at one and going to Ainsworth Hot Springs the next day, before camping at Slocan Lake the next night. However, the campgrounds we saw were a little too open and populated for us, so we decided to head straight for Slocan Lake.

We drove north to Kaslo before turning west. Kaslo is a very pretty town situated around a small bay. We would have liked to explore it more, but we wanted to make sure we found a campground and were set up before dark. We headed west, climbing over the Kootenay Range. Near the top a tourist on a slow motorcycle heading east took too long a glimpse of a waterfall and fell over in front of us. After helping him get his bike up and making sure it wasn’t scratched (it was a rental), we drove down into the town of New Denver on Slocan Lake.

We were one of the last to get a spot at Rosebery, a campground just a couple of minutes north of town. We were right on Wilson Creek, so the kids really enjoyed it. The next day we strolled around New Denver, a quaint, rustic town on the east side of Slocan Lake. New Denver is in a beautiful setting and is up there on the list of the most scenic towns. There are plenty of outdoor activities, including hiking, cycling, boating, fishing, etc. We explored the Silvery Slocan Historical Society Museum, which has some interesting artifacts dating back to the 1800’s. We also ran across the Villa Dome Quixote, an interesting complex with a lodge and cottages.

That afternoon we took it easy and hung out on the beach on the north side of town. My daughter is an avid swimmer and convinced me to swim with her out to a floating platform. The water was actually much warmer than I expected it to be. It was also crystal clear as I could easily see the bottom, which must have been at least 5 meters deep below the platform. However, when I tried diving down the water was mind-numbing so I quickly turned back.

That evening we played charades around the campfire. Charades is a very entertaining game when you have small children. Our youngest boy is a big fan of pirates. Here is one of his turns.
“Three words. It’s a person. A person on a pirate ship.”
“Is it a pirate?”
“Yes!”
The next morning we set out for Nelson. The drive down the eastern side of Slocan Lake has some great views of the lake and surrounding mountains.

Nelson is ANOTHER beautiful town, though much bigger at just over 9,000 people. It’s set at the end of an “arm” that comes off the middle of Kootenay Lake. The town’s main street has an impressive collection of buildings from the days of the silver rush. The Steve Martin film Roxanne was filmed here. Much of the film was shot at the firehouse, shown above, where Steve Martin was the fire chief.

After a great lunch at the Twisted Tomato, we headed toward the waterfront and took a restored streetcar to Rotary Lakeside Park. This park has everything; a great playground with modern equipment that I enjoyed almost as much as the kids, a beautiful beach with Laser sailboats frolicking offshore, tennis courts, and playfields among others. One of our favorites were the modern exercise stations on the west side of the park.

In the late afternoon we headed back towards Sandpoint. It was a great trip for a 3-day weekend, though we could have easily stayed longer. A map of our trip can be seen on this Google Maps link.

Tom Russell, an architect here at Hendricks Architecture, took a longer trip up Banff and Revelstoke which included passing through New Denver and Nelson on the way back. You can read more about his trip under our blog post Mountain Vacation in Southern British Columbia and Alberta.

Choosing Windows for Your Home