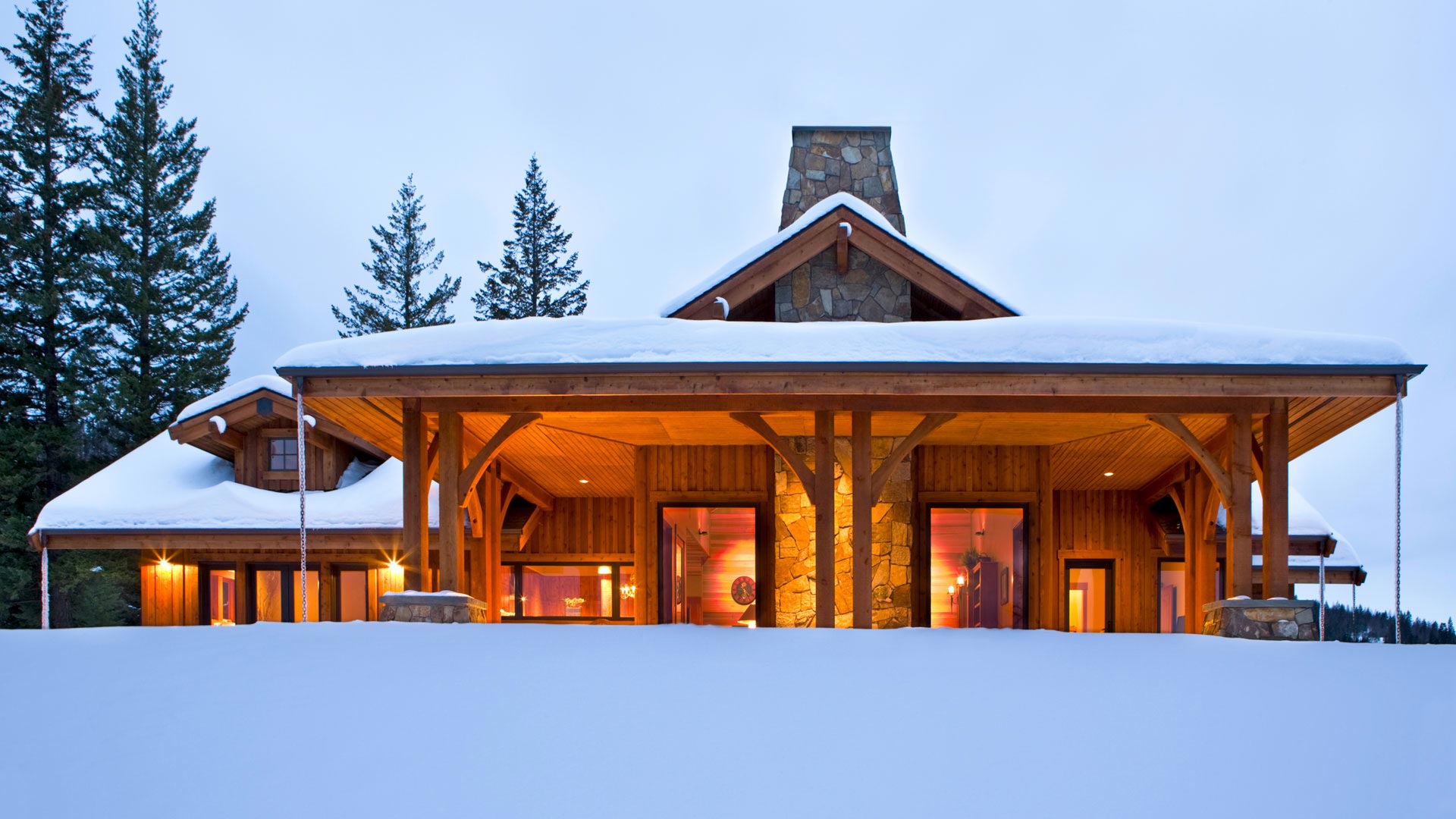 his mountain lodge residence in Coeur d'Alene is the subject of a feature article in the January 2009 issue of Cowboys & Indians Magazine. The Idaho mountain home is a great example of the nature themed mountain style designs of Hendricks Architecture and a showpiece for the design talent of Jane Scott Interiors.

This "not so big" house on a big site was also featured in the March 2008 issue of Spokane Coeur d'Alene Living. Natural elements of wood, stone, and natural light flow from the rugged exterior into the interior, adding a sense of connection with nature. Natural and local materials that could be recycled were of importance to the owners, as well as having a "Japanese mountain lodge" feel, while also staying northwestern. Western red cedar of various grades on ceilings and walls hint at the Northwest vernacular, along with some maritime and Indian influences on the interiors.

The house is perched on the top of a nob, yet the profile is kept low to blend into the site. All of the main rooms are situated to have great views of Lake Coeur d'Alene and the surrounding mountains. For those unfamiliar, Coeur d'Alene (often called CDA) is a resort town in North Idaho, 35 minutes east of Spokane and 35 minutes south of Sandpoint. Our clients have generously offered their plan to us to sell as a stock cabin plan for those interested.